Arif, who has been in banking for almost 30 years, has worked with large national banks and other community banks in this region, that eventually were acquired by larger national banks. 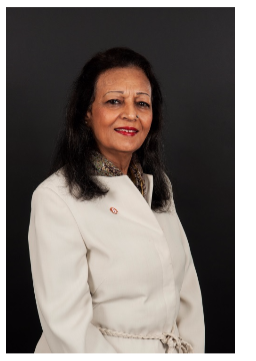 She has returned to community banking, she said, “Because I like to work one-on- one with my clients, who want to be treated like people, not account numbers.”

Arif also represents the diversity that is occurring at M&F Bank. A native of Pakistan, she said that when she began her banking career in the Washington, DC area, banks talked a lot about diversity, but did not do much about it.

James H. Sills III, the president and CEO of M&F Bank, has made diversity a key focus at the bank he has led for the past two years. Shortly after becoming president, he said M&F Bank would be building a diverse team of employees to reflect the diverse communities we serve.

Arif echoed that sentiment. “One reason I joined M&F Bank is that a new focus of the bank is to reach new communities in new markets. I’m excited about this. As our clients grow, our bank will grow, and so will employees.”

Arif received the B.A. degree in business administration and economics from the University Punjab Islamabad and has completed courses at the American Institute of Banking. She has been active in civic affairs in the communities in which she has lived and is a Certified Women Business Advocate.

M&F Bank was founded in 1907 and has seven offices in Charlotte, Durham, Greensboro, Raleigh and
Winston-Salem.

You are now leaving M&F Bank

M&F Bank provides links to web sites of other organizations in order to provide visitors with certain information. A link does not constitute an endorsement of content, viewpoint, policies, products or services of that web site. Once you link to another web site not maintained by M&F Bank, you are subject to the terms and conditions of that web site, including but not limited to its privacy policy.

You will be redirected to